We are helping the Norwegian Forest and Landscape Institute  to better understand why, and just as importantly where, the landscape is likely to change due to decline in the number of farmers.

We are using Multiple Linear Regression, Geographically Weighted Regression (GWR) and Logistic Regression to model the relationship between the propensity for a farm to be abandoned and farm production statistics and landscape context. Each method provides a different insight into the data accross the range of scales from national to individual farms.

The sheer size of Norway, combined with diversity in landscapes and some tremendously detailed data mean this is a technological as well as analytical challenge involving hundreds of thousands of logit regressions, and GWR accross hundreds of aggregate data points – precisley the kind of challenge we love! 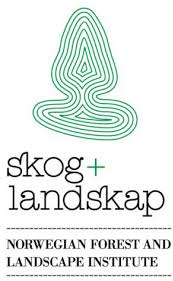 This work was undertaken in collaboration with the Norwegian Forest and Landscape Institute.

Forming part of his PhD thesis, Neil identified the role of topology in visibility analysis and of horizon graphs in Landscape perception (see left). This inlcuded  development of a data structure to model occluding horizons using pointers, implemented in Borland Delphi on Quad-Edge Delaunay Triangulations.

In parallel to this work, a web survey was implemented to  investigate the perceptual salience of the horizon graph. It was designed to have as simple a user interface as possible for respondents, and automatically collated results in a database. The survey is now closed, but you can try it out here http://www.odelandskap.se/intro.aspx.

A summary was presented to GIS Research UK 2012, the abstract for which can be found here.

This work was carried out under the auspices of the Macaulay Institute (now part of the James Hutton Institute) in collaboration with Professor Chris Gold at the University of Glamorgan. It was funded by the Scottish Executive. OISIN is an ArcObjects extension for ArcGIS which allowed soil scientists to select sub-samples from their database based on multiple criterion, using R-Stats and an intuitive MS Excel interface.

The project was to take new samples for comparison with data collected 10-15 years previously in order to assess how national stocks had changed, and allow investigation of the natural and human-riven processes behind that change. However resources were only available to revisit about 20-25% of the original sites. OISIN allows soil scientists to set general parameters as to which variables are of interest and their relative importance. It then selects subsamples which meet these criterion. The problem is complicated by the fact that achieving a good sample for one variable may entail a less well fitted sample for another, thus no one solution is “correct”. Rather than give a “black box” single output sample set, OISIN selects the best options and provides a simple graphical output to allow scientists to examine them. More Details.

This work was carried out under the auspices of the Macaulay Institute (now part of the James Hutton Institute). It was funded by the Scottish Executive. The Ythan Project was an EU Life Environment scheme to address the problem of Nitrate pollution in the River Ythan, Aberdeenshire, Scotland.

The estuary of the Ythan is an internationally recognised wild life reserve, which was under threat from algal bloom due to high nitrate levels in the water.

The contract ran over three years and involved running four postal surveys, first to establish awareness of the problem in different population sectors, and later to assess the degree of impact the project had on awareness of the problem and opinion on possible solutions. This included sample design, distribution, analysis and summary of results in reports and publicity material.

The sampling design for the survey was complex as it needed to cover a diverse population as well as relevant spatial factors (such as any differences that might arise between those living at the source of the river and those at the estuary.) The solution developed is detailed in a paper in the International Journal of Land Use Policy. The project itself was shortlisted as one of the best EU Life Environment Projects, in part due being able quantitatively prove its impact.

This project was undertaken under the auspices of the Macaulay Land Use Research Institute. It was funded by the European Commission.